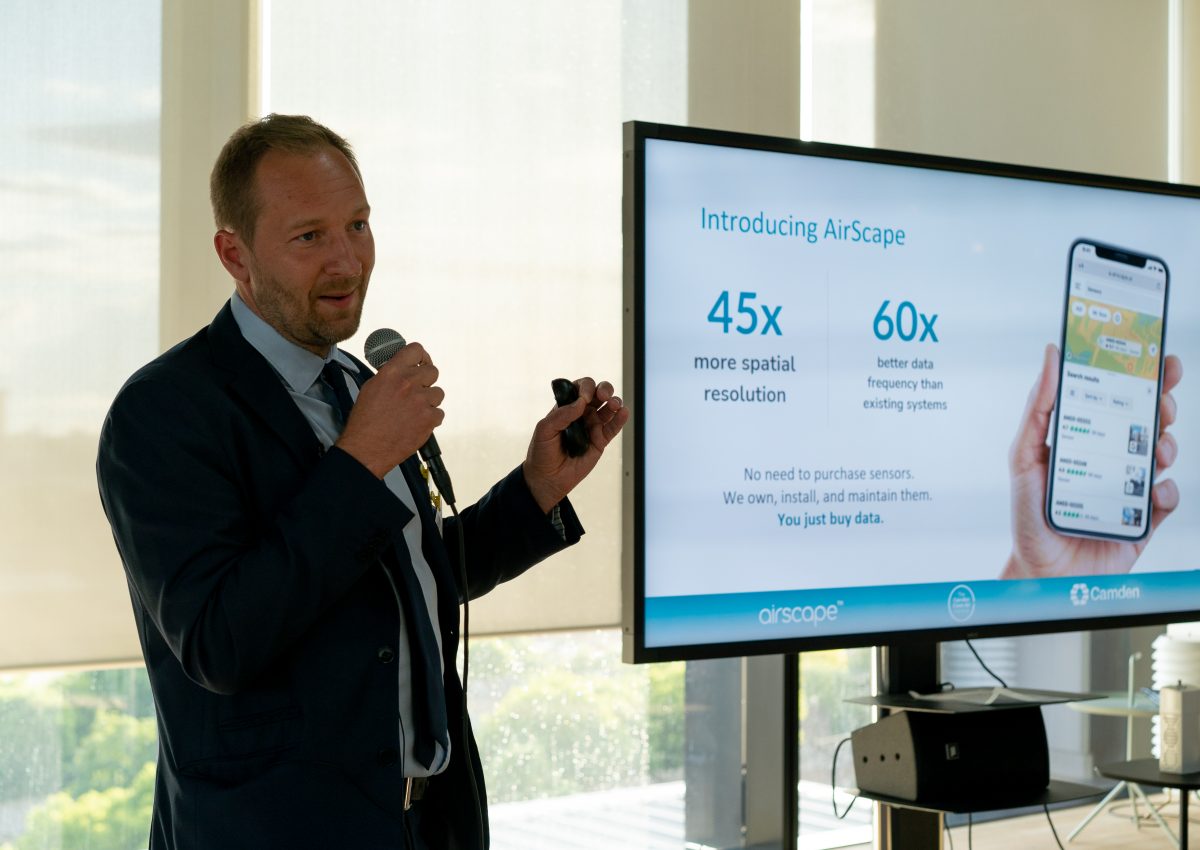 AirScape launches in Camden following a celebration event at Google.

On Thursday 30th June, we had the public opening of our air quality sensor network. This marked the official release of 227 AirScape air quality monitors, making Camden home to the densest network of air quality sensors in the world. This network tracks the level of air pollutants, such as airborne particulate matter, toxic gases and ozone, minute by minute, and street by street.

This grand opening was celebrated with speakers from Google, AirScape and our own Programme Manager, Georgina McGivern, however this was not the first opening of our network: In April, the BETA version was released at an event at the British Library to a group of interested people from Camden, including residents, school pupils and the local council. This was a chance to work through early community feedback and gauge the community response.

These sensors are set up to dramatically improve coverage of air quality monitoring. As this is a localised issue, being able to see what affects a specific area is crucial in learning how to improve air quality within Camden. For example, on Friday 17th June, on the AirScape.ai website, you could see a plume of harmful PM 2.5 moving with the south-westerly wind north-east as a result of the large fire on Chalk Farm Road, and its subsequent extinguishing.

The reason that this is so important is that air quality has a massive effect on the health and wellbeing of many, with toxic air being known to be a factor of causing cancer, heart disease, strokes and asthma, but it also effects your concentration, and even, for pupils, their attainment and attendance at school.

Even before it’s public release, this network was already being used by local community groups, with a local school using the data to conduct a lesson on air quality, and with cycling groups using the information to help choose the cleanest times and routes for cycle rides.

Camden is a leading figure for public engagement on air quality in the UK, being the first to adopt WHO air quality standards, and this network is a massive step forward in identifying individual issues within the borough of Camden and solving them.

Take a look at airscape.ai to see what the air quality is like in your area and keep an eye out for workshops. For further information contact info@camdencleanair.org!